Natalya Vasilevich summarizes the controversial opinions about how much the petition of the saints can be stronger than personal contact with God. And also – is everything right in our canons ?! 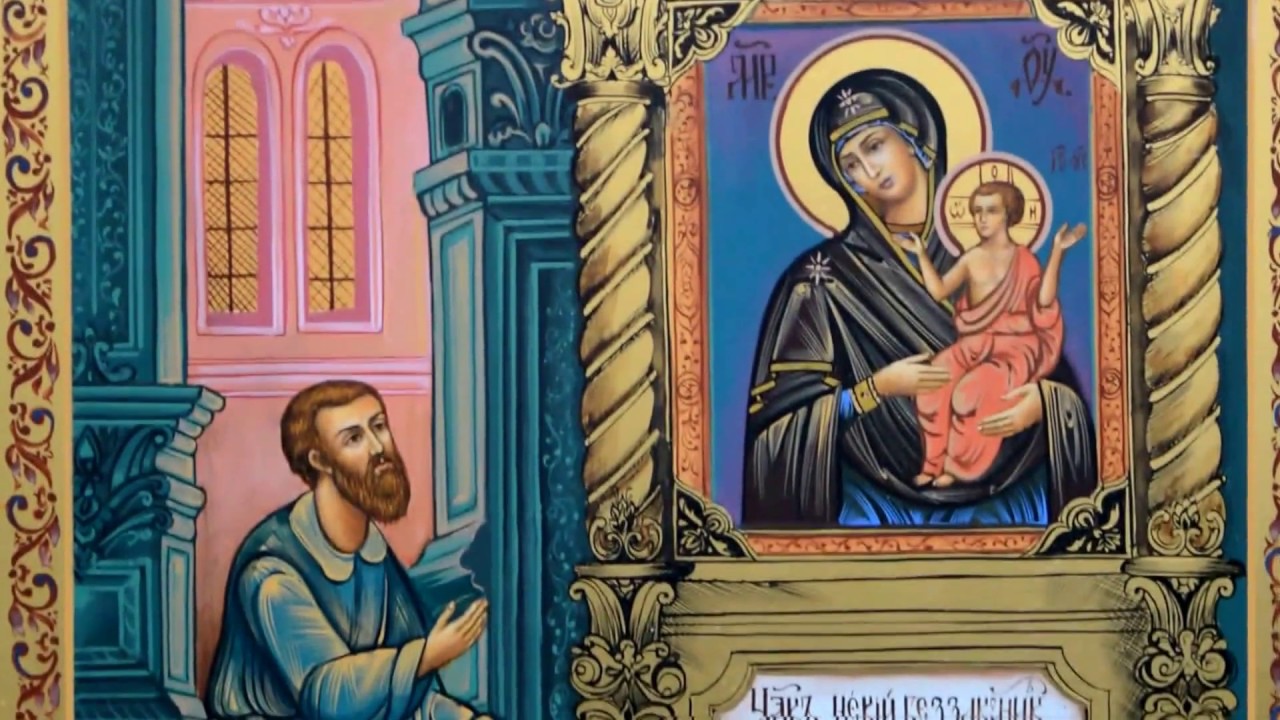 In the orthodox "Facebook" a tough discussion ensued. It all started when M. Evgenia Senchukova shared her status with her readers, that together with another nun they read the canon of the Most Holy Theotokos of St. Theodore the Studite, which the famous Facebook nun compared with the “spiritual thriller”, in which the composition of the canon each song consists of four “role-playing” troparii, in which the Mother of God mediates communication between the sinner and Jesus Christ: the sinner asks the Theotokos to contribute and solicit mercy from Christ, the Mother of God conveys the request to Christ, and Christ sin ika pardon refused, citing the lack of repentance, and the Virgin passes already sinner outcome of the negotiations and on further possible actions to achieve success instructions:

“The atmosphere is pumped with each song, and it becomes even interesting to become – will you forgive or not forgive? Ends more or less safely: Christ explains that the sinner must bear worthy fruits of repentance, and everything will be fine, the Mother of God gives it to him, and then wonderful verses are present, in which it is already clear that everything is OK, She asked the Lord to forgive us, the poor ".

Andrey Belous understood the content of the canon less optimistically. He made a short retelling in his own words:

“Sinner: I am a sinner, Most Holy Mother of God, pray to your Son to save me.
Mother of God: Son, you are a kind, good boy, you never tortured cats, did you send this sinner to hell?
Christ: He is not a cat. He is a reptile and a villain. To hell, to hell! On the eternal torment! And even if he does not repent, I do not believe him!
Mother of God: The doctor said "to the morgue", which means to the morgue. "

And Daria Sivashenkova generally comes to the conclusion that such "dialogues not only do not clarify the essence of Christianity, but lead away from it."

This canon is not so much a prayer as such, but rather successfully, although critically, Hegumen Peter Mescherinov called it "a literary evening of late-antique poetry at our church services". I would compare the reading of this canon with a dramatic presentation, in which there is a plot, plot development, climax, and still a happy ending. There are heroes, characters, and there is a “moral of this fable,” just like in the plot parables that Christ tells His disciples in order to more clearly explain an idea.

So what did the author want to say? The interpretation in which Christ appears as a cruel Judge who does not want to forgive the sinner, while the Mother of God Mary is the “last hope,” a kind and caring mother through which only the sinner can “win over” the Almighty, or, as Daria Sivashenkova writes burning in the fingers, “the inexorable Savior,” seems to me wrong and caricatured. Christ in the canon is a “lyrical hero” who, in principle, is quite authentic and not at all implacable, He is in His, so to speak, boundaries, and the author of the work tries to convey the sinner to the protagonist, and to us, sinners, quite gospel idea of ​​the meaning of repentance. We will not identify the “master” of Christ’s parables completely with God himself – and the master of his slaves punishes them, women are not allowed to go to the wedding feast without oil, the dude in non-marriageable clothes weeps and gnashes her teeth.

The plot that begins with the sinner seems to me more adequate, he is the main character.

Knowing that the Judge and the Almighty sees right through him, does not address Him directly, He is for this sinner, just like the master for the slave from the parable about talents, “cruel, reaps where he did not sow, and collects where he did not scatter” (Mt 25: 24–25) and therefore “was afraid”, because the sinner does not expect anything good from Him. Such a sinner chooses a workaround – decides to act through relatives, through the Mother of God as Mom, compassionately presents the whole story to her and asks her to somehow “win over”. Christ himself throughout the whole drama fights off insincere prayers and explains to both the Mother and through Her the sinner that he chose the wrong strategy for salvation – to pour crocodile tears and whine, in essence, without changing anything and not taking the path of repentance, not will help. How not to help the Pharisee to fast twice a week and tithe. Look deeper, sinner! This is such a high-flown and ornate battling, which in their faces explains how to act and how not to follow, which road to go, and which one does not; about that, even if you pray and say 100500 “Lord, have mercy,” there will be no sense, because these are not the fruits of repentance, this is nagging. Claims to this canon to present, is it like to say to Christ “but what in your parable did Abraham not send Lazarus to the rich man’s brothers?” Or “well, did the talent slave dig in, didn’t he drink to hell?”

Praying with these canons is as hard as some psalms, where, let's say, curses are raining down on the heads of enemies, “may they go to hell alive”. Nobody, I hope, when he reads kathisms, does he mean his “annoyed” colleagues, relatives and neighbors?

Tatyana Megeria - Every evening in my calendar -1.
Side effect of psychotherapy
How to study the Holy Scriptures