What is Christian charity? How does it differ from secular philanthropy? Is this how Christ would like to see her? Alexander Korolev shares his opinion. 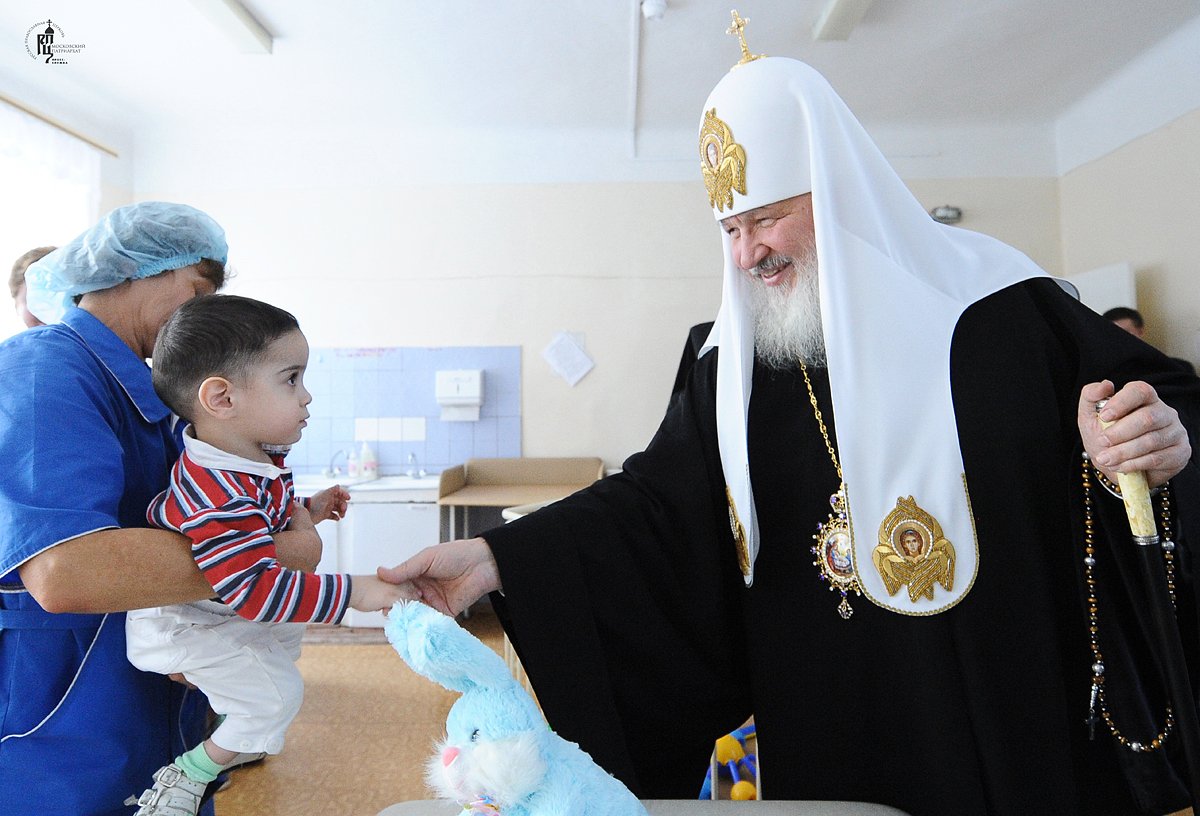 The concept of the church is inextricably linked with charity. Since the time of the Baptist of Russia, Prince Vladimir, the poor and needy were fed in the princely court. Until the end of the 17th century, what we now call help for socially unprotected groups of the population was almost exclusively the church. The church continued to engage in charity even after 1917, but in 1928 the Bolsheviks imposed a ban on this church activity.

Since 1991, the church has again had the opportunity to openly help all those in need. In 2015, the Bishop Panteleimon summed up the 25-year church activity in this field: the ROC has more than 400 sisterhoods, more than 70 rehabilitation centers and other charitable projects. Modern critics of the church, accusing it of commercialization, as a rule, are not aware of the rather wide space of charitable activities in which the church is engaged.

Reading the report Panteleimon, you understand that the church is trying to do what it did at least until the XVII century. But the problem is that now all these functions are performed by the state. How it performs them is another matter, but in any case, only he has the strength and means to carry out similar activities throughout the country. In addition to the state, there are a large number of various secular charitable organizations, volunteers. That is, if in the 15th century, people in a difficult life situation could calmly turn to the nearest church or monastery, now there are many other places where they can be of help.

What, then, does the church do in charity? It’s worth a deal. On the one hand, Christ in the Gospel helps the sick, the disciples have the means spent on the poor. On the other hand, the Gospel describes an episode where a woman washes the feet of Jesus in the dear world, which causes outrage among the students, since this world could be sold and distributed to the poor. “What do you grieve this woman? She did a good deed for me. For the poor will always be with you, but I will not always be with you ”(Matt 26: 10–11). Christ, as we see, makes charitable tasks secondary. We also see that Jesus is talking about the inevitability of the existence of beggars, without promising to solve this problem in this world.

Acts tells how the first deacons were elected — those who were in charge of social service in the church. But it is important to note that social activities in this case were directed at members of the church itself. Also in the Middle Ages, all the people were considered one Christian community, and the Russians identified themselves primarily on religious grounds, called peasants, that is, Christians.

Unfortunately, as we see, all the various charitable activities of the church are in no way directed at the believers themselves. At the parish there may be sisterhoods who actively provide assistance anywhere, but not in their parish. As a rule, no one knows what problems the worshipers, who have been going to this or that temple for many years. Why not really organize a diaconal ministry in the temple? First of all, for our own people, so that the believer knows that in a difficult situation he will definitely be helped in his native church, and that the members of the parish community themselves know those parishioners who need this help. Yes, and the patriarch emphasizes that social work should first of all be sent to the parish: “Tell me, please, do you have a lot of people in need?” In response, I saw a confused expression on my face. He gave leading questions: “Well, probably, there are elderly women among the parishioners who have lived the hardest life, have seen little good in their lifetime, and have become completely lonely in their old age?” “Well, yes, it seems like it is.” “Do you know them by their names?” “No”. “And you don’t have a list either?” It was then that the idea arose of the need to develop this activity — the performance of good deeds — in the parishes. After all, the priest is called to preach Christian values, to convey to people a certain message, prompting them to do good deeds. But how will this message be perceived if good deeds are not performed in the parish itself? ” 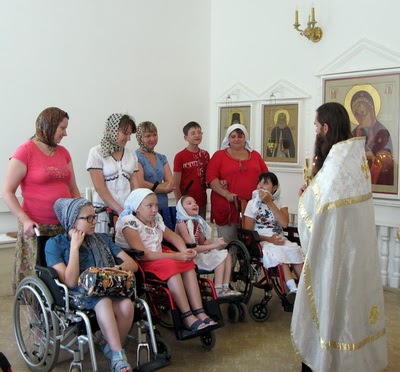 Healing of Christ also had only an auxiliary character in relation to the main task – the preaching of the kingdom of God. That is why so often He asked the healed not to talk about what happened, because he did not want Him to be perceived purely as a volunteer or benefactor who helps in difficult life situations.

All this is connected not with the indifference of Christ and the church to the needs of this world, but with the understanding that all these social difficulties are a consequence of a systemic spiritual crisis that cannot be overcome by purely social methods and which cannot be overcome at all within this world, since it requires updating systems called "world". Immersion in the performance of social tasks will prevent the main goal. Within the framework of this world, it is simply impossible to completely solve this problem, therefore “the poor will always be with you.”

It turns out that, according to Scripture, the leading motives of the church's charitable activities are as follows: helping its members, saving people not only for earthly, but also for eternal life.

As for preaching through works of mercy, there is also a problem here. The report of Bis. Panteleimon is not at all obvious. The main goal of such cases is the conversion of people to Christ. Such a goal is not even indicated. “The key stage in the development of the social service of the Church was 2011, when at each major parish, with the blessing of His Holiness Patriarch Kirill, posts of social workers appeared,” noted Bishop Panteleimon. “This decision by the hierarchy made it possible to bring church social assistance to a fundamentally new, systemic level.”

With this approach, there is a threat that social assistance will become an end in itself. Although, as we see from the Gospel, mercy is also a form of mission, and therefore they are relevant if they carry the missionary component. This is voiced by many voices of the church. Patriarch Kirill spoke about this at the general church congress on social service: "It is through good deeds that the hearts of people open up to meet the Gospel, to meet Christ." Now, most of the charitable activity of the church does not bear any missionary component, as can be seen from all the reports and reports. Vladimir Legoyda, chairman of the synodal information department, very precisely formulated the goal and the fruit of social service: “The primary task of the Church is to transform the hearts and souls of people. The church changes people, and people in turn will transform the world around. ”

A good example of the works of mercy that still have the ultimate goal of coming to Christ is described here in an interview with a Protestant pastor, in the parish of whom homeless children and children from disadvantaged families in South Asia are engaged. Missionaries take custody of orphans, children from poor families, raise them, give them an education. But the main goal is their Christian upbringing; therefore, meetings with Bible studies and services are held regularly. In the future, children are given the opportunity to enter the seminary and serve in the church. That is, the goal is very clear – to bring people to Christ. The senior of this mission, Vadim Kovzhun, says: “Then, when these children grow up, they will go to preach Christ, and at the same time they will always remember that the Christians from Russia brought them to God.”

It can be concluded that after 1991 in the church there has not yet been a revival of church charity, that charity, which is aimed at the spiritual rebirth of man, at his church church.

Of course, it is impossible to deny all the positive things that were done in the church on the basis of mercy, but nevertheless some reformatting of this activity is needed precisely in connection with the goals and objectives of the purely church – there are opportunities for this now. It makes no sense to perform the same tasks that the state or public organizations perform.

“When helping a person, it is important to look at the fruits of this help. Timurov help did not change a person's life. Of course, it became easier for him because he didn’t have to chop wood or go to the store, but the person was still totally alone, ”says Oleg Yermolaev, a doctor, teacher of a theological institute who has long been involved in church charity. In his opinion, “Christian charity consists precisely in that it helps a person not to lose a personal relationship with God, helps to preserve the most important qualities in a person’s life, without which this meeting might not exist.” It is from this position that church social work should be considered.